We're now ready to start our project! In this lesson we'll go through what it is we want to build, we'll initialize the Ember app, and finally take a look at the file structure so that we know what we're doing.

What we want to build

In this course we will create a web app called Chirper, a simplified clone of Twitter, using Ember.

It might not be the most original-looking thing in the world, but it's a great way to learn!

Why would we want to create a Twitter clone you might ask? In my opinion, Twitter is a very simple service that most of us understand, but it also has the most important partsof an ambitious social application:

A good starting point when beginning a new project is to first draw some wireframes of the interface and create **high-fidelity mockups **in a program like Sketch or Photoshop. However, this is not a prototyping course, so I have already done that for you!

If you have Sketch for Mac, feel free to download the following file and take a peak at what we'll build:

Time to bring up the terminal again. cd your way into the directory you want to put your project folder in, and then run:

This will automatically create a project folder called chirper for you, with all the necessary dependencies. 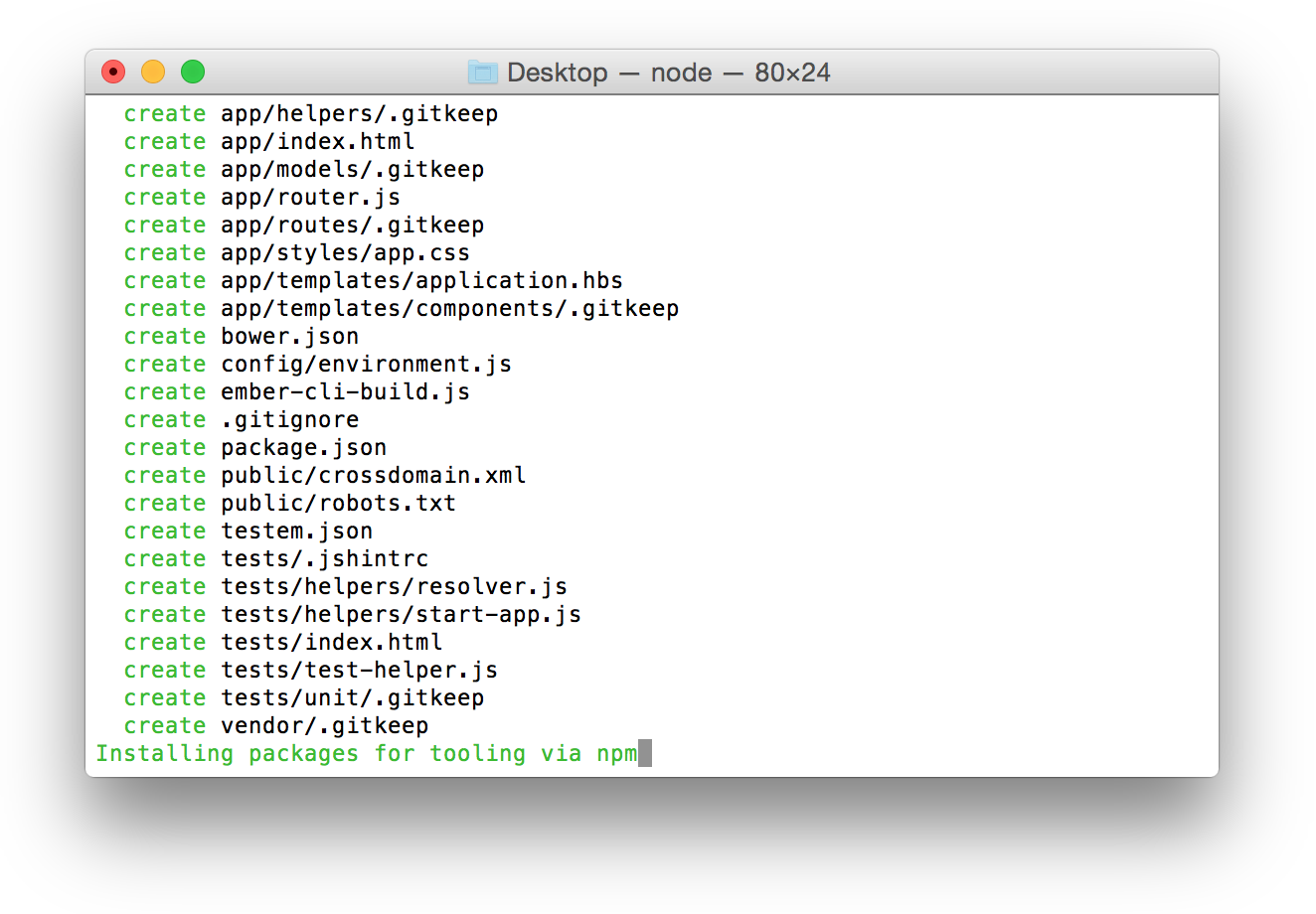 Don't worry if this goes on for a while. Just let it run. It can take a few minutes.

When it's done, go into the folder and launch the Ember server to see your newly created project in action! 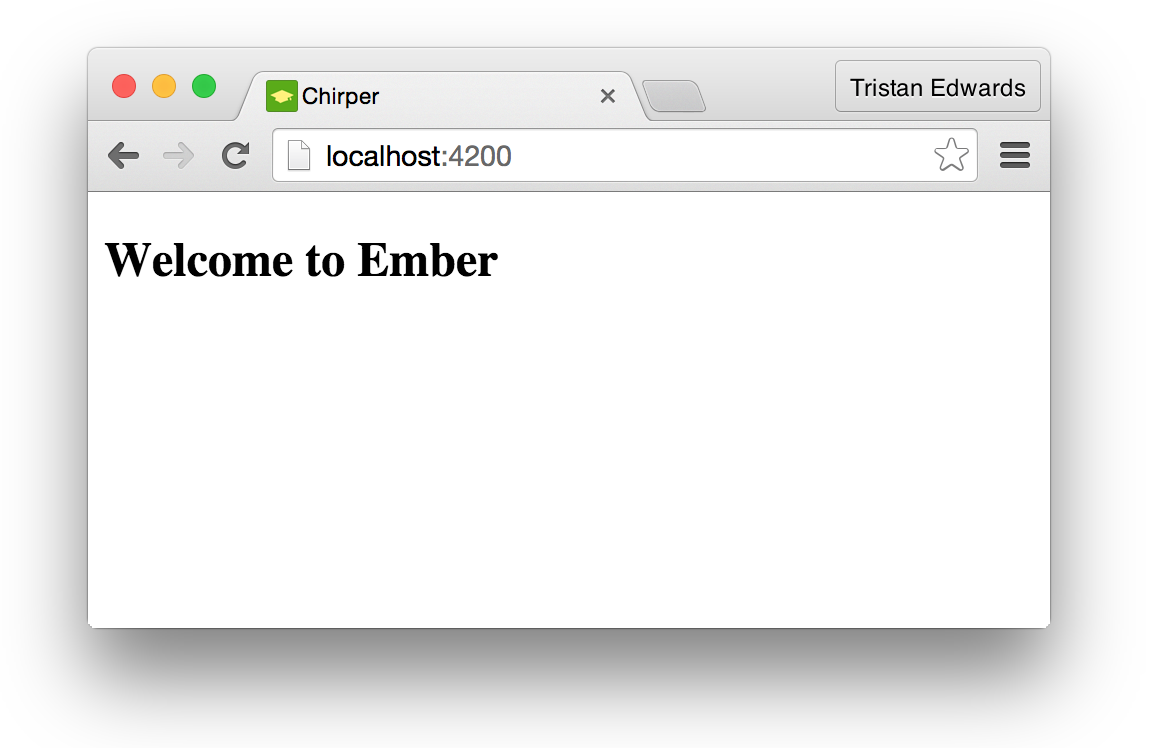 After the build, this is what you should see if you go to localhost:4200 in your browser

Alright, let's dive into the project folder that Ember has created for us and go through its contents file by file! Don't worry if some of the explanations seem a little confusing right now, we will understand their purpose much better as we actually use them in our project.

As you can see from the mockups, we're using a few images in our app, so make sure you download the following zip-file, unzip it, and put the content of the folder in public/images.

In the next chapter, we will write some of our own code for the first time to see how Ember works.

Next lesson: Templating with HTMLBars